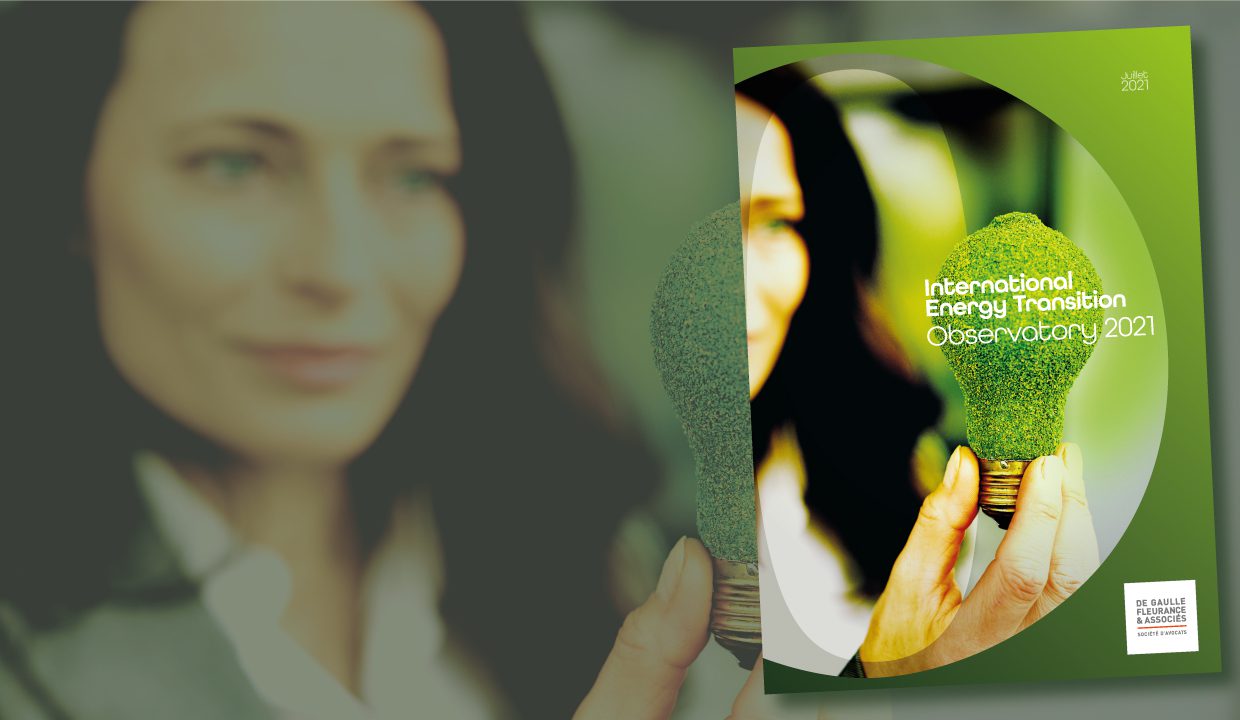 “With our partners, we wanted to share our companies’ expertise and provide useful input to the public debate on the challenge of the century: energy transition, one of the main levers to curbing global warming,” explain Louis de Gaulle and Henri-Nicolas Fleurance, co-founder of De Gaulle Fleurance & Associés. “The Observatory shows that all countries share the objective of developing their renewable energies. Public policies, regulations and judges play a key role in achieving this goal.”

South Africa enjoys some of the lowest renewable energy prices in the world, as low as ZAR 0.92 (EUR 0.055) per kWh. “And all indications are that prices will continue to fall over the next few cycles,” notes Zeyn Bhyat, director of ENSafrica. Currently, solar PV has witnessed the biggest drop, with prices falling by 75% to an average of ZAR 1.01 (EUR 0.06)/kWh.

“The situation has changed in a decade,” Eskom’s (the state owned market leader) average tariffs were then more than 200% lower than today, and the cost of installing a solar PV system was two to three times higher.

Today, a solar system can produce electricity for about half the price Eskom currently charges South African households. This is leading to the adoption of solar generators for personal use, despite persistent political and regulatory barriers.

As for hydrogen, the country has 75% of the world’s platinum reserves and is the world’s largest producer of PGMs (platinum group metals), which are an essential part of fuel cells and are needed through the electrolysis process to produce green hydrogen.

In 2020, Saudi Arabia produced 3.45 gigawatts (GW) of renewable energy, which is approximately 4% of the country’s total energy production. Its ambition is to reach 9.5 GW by 2023, or 10% of production. “Renewable energy legislation and regulations are evolving in Saudi Arabia, where this sector of activity is still in its infancy,” said Fatimah Zahran, Mohammed Magrabi and Yara Alsaiedi, consultant, lawyer and partner respectively at AlMaghthawi & Partners.

Although Saudi Arabia is only beginning to focus on renewable energy, the projects it is developing are of an impressive size. With regard to solar energy, the objective does not appear to be the development of medium-sized solar farms, as is the case in France. Few projects have been launched, but each one is large: a call for tender has allowed the allocation of a capacity of 3 GW, with only 7 projects ranging from 20 MW to 700 MW.

For wind turbines, a call for tender has been launched for the development of a single 400 MW project, which represented a cost of $500 million. It is a considerable production capacity, almost similar to French offshore wind projects that have a capacity of 500 to 750MW.

Concerning hydrogen, the authors announce the ambitious project of a $5 billion facility, which will be jointly owned by Air Products, ACWA Power and Neom. This will be a green hydrogen-based ammonia production facility from solar and wind energy, with a storage capacity of approximately 4 GW. Once completed, the facility would produce 650 tonnes of green hydrogen daily, which is enough to supply approximately 20,000 buses. Here again, unlike France and most countries, Saudi Arabia is planning on a grand scale with this one project.

CHINA
“China is on track to become a global leader in terms of total wind and solar facilities, as well as the number of wind and solar facilities built each year,” explains Carmen Bakas, law professor and of counsel at DaWo Law Firm Shanghai. In 2020, the country’s renewable energy production capacity reached 2,214.8 billion kilowatt hours, an annual increase of 8.4 %.  These figures are expected to increase in the coming years, according to recent reports.

The lawyers at DaWo Law Firm Shanghai note a trend that may become more pronounced in the coming years: due to reductions in subsidies and the slowdown in wind market activity, developers’ investments are increasingly focused on the market for the renovation of wind farms and repowering (the construction of Chinese wind turbines started between 2007-2010).

Another important development is that China will replace its policy of subsidising generation facilities with measures to guarantee the purchase of predetermined quantities of renewable energy from them. If the plant produces more than the guaranteed amount, the excess will be marketed on the energy market. This is an interesting method of support for renewable electricity producers which allows for a gradual integration of producers into a free market, while facilitating the development of renewable energies via state support.

In France, the renewable energy sector has been affected by the health and economic crisis. And wind energy is growing at a slower rate than in previous years (17,312 MW in September 2020, or 671 MW in 9 months, a rate 17% lower than that observed over the same period in 2019).

“Litigation remains very active, the applicants opposing the sector, are becoming more professional and legal decisions can sometimes be very severe and have serious consequences which can jeopardise the chances of developing a wind farm project,” said Sylvie Perrin and Gaïa Witz, partners at De Gaulle Fleurance & Associés. Thus, according to our analysis, the rate of favourable decisions has declined by 8 points for wind projects and is 58% (vs 66% between 2015 and April 2020) and is even reduced by half for photovoltaic projects to reach 25% (vs 50% between 2015 and April 2020).

With proactive public policies, hydrogen, whose legal framework is still in the making, should develop. As for repowering projects of older wind farms, their future is fairly promising even though regulations remain strict in this regard.

The authors note a significant development in PPAs (Power Purchase Agreements). These direct purchase agreements between a company and a renewable energy producer, may become competitive with prices ranging from 42 to 55 euros/MWh. Prices should fall further by 2025, as renewable energy projects have experienced a sharp drop in costs. And with financial support to renewable energy producers set to disappear, the PPA has a bright future ahead of it. Despite the health crisis, the direct purchase of green electricity by companies saw some stability in France in 2020, representing a volume of 303.5 GWh/year, a 4% decrease compared to 2019.

Since January 2021, India has had an installed power of 136,952 GW of renewable energy (including large hydroelectric installations), which account for 37.6 % of its total power. “India ranks fourth in the global renewable energy market,” recall Dibyanshu Sinha and Jean Muller, partners at Khaitan & Co.

The authors point out that one of the characteristics of this market is the strong presence of private players that produce two-thirds of the renewable energy in India.

The authors note a sharp fall in renewable energy prices which are at 1.99 rupees (0.022 euros)/kWh (vs 12.16 rupees in 2010). Linked to several microeconomic and macroeconomic factors, this drop questions the current and future profitability of investments in this country.

In addition, this fall in prices resulted in a request for a revision of the oldest rates both in solar and wind turbines from governments of States that consider that earlier prices were exorbitant. The High Court did not prohibit this revision but considers that a unilateral amendment to the agreement is not possible. The question of price renegotiation is therefore still open.

There is a parallel with France where the principle of revision of certain photovoltaic tariffs for purchase obligation agreements entered into before 2011 has been enacted by the State which is based on the same argument: excessive profitability.  In contrast to India, the courts and in particular the Constitutional Council have admitted this possibility of reviewing the purchase obligation agreements. It will therefore be interesting to see whether India authorises the amendment of agreements in the coming years.

In order to promote the development of renewable energy, India has established a “delivery obligation” status for all solar and wind power plants. Due to this status, networks are required to accept power from solar and wind energy production companies. It should be noted that this priority call for renewable energies on the grid also exists in France.

Nevertheless the authors note that “the availability of land and disposal infrastructure is one of the main challenges for renewable energy producers in India”.

Poland has seen its photovoltaic energy increase significantly over the last 10 years to reach a total production of 1,972,2 GWh. According to Andrzej Tokaj, Senior Partner at Penteris, “three factors are responsible for this growth: lower unit construction costs; the “My Electricity” support plan for prosumer facilities; and the auction system organised during which energy produced using photovoltaic facilities can be sold for a fixed period and price.” Moreover, the court is in favour of this type of project in three quarters of its decisions.

Wind power is also developing (5,837 MW for a production of 15,106.80 GWh in 2020), but its growth remains hampered by regulations which impose a minimum distance between the wind turbines and other installations of 1.5 to 2 km. This is a considerable distance. So, a distance of 500 m is currently being discussed in the Polish Parliament – this distance is the one currently in force in France. In addition, the court only rules in favour of investors in wind projects in 7% of cases.

In Poland, repowering does not require a change in the main elements of the installation, but simply refurbishment of the facility leading to an increase in capacity or production, bearing in mind that the cost of refurbishment must amount to at least 40% of the construction cost of a new installation with similar parameters.  There is therefore a repowering that may be partial but does not prevent installations from participating in auctions that allow the sale of electricity at a fixed price over a fixed period. This differs greatly from France where repowering with additional remuneration is only possible in the presence of “full” repowering, i.e. the main elements of the installation must be new, which represents a considerable cost, the project differing little from a new project, particularly if a new environmental authorisation is necessary. 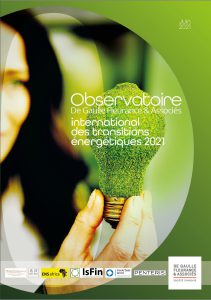