Societal transitions: De Gaulle Fleurance discloses the results of the 2022 edition of its Observatory 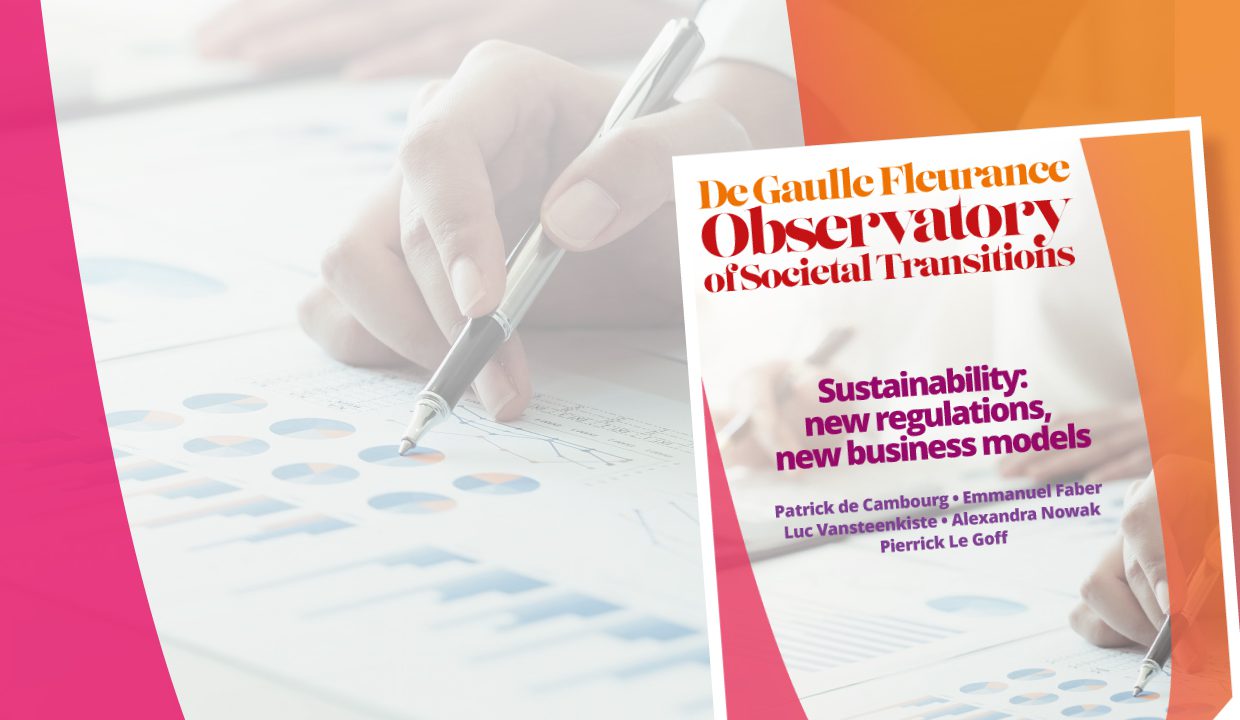 23: The number of proceedings brought on the basis of the law on due diligence in France, or twice as many as in March 2021.

32: The number of referrals in 2021 made by the national contact points guaranteeing multinationals’ compliance with the OECD guidelines on the protection of the environment and human rights.

55,000: The number of European companies concerned by the Corporate Sustainability Reporting Directive (CSRD), which will enter into force in 2024, 5 times as many as for the NFRD Directive it amends.

2024: The year from which the sustainability standards developed by the ISSB will be incorporated into the CDP (formerly the Carbon Disclosure Project), a platform of indicators voluntarily adopted by 20,000 companies representing half of global market capitalisation.

France was a precursor in the area of due diligence, setting up, as early as 2017, a requirement for companies with more than 5,000 employees in France (10,000 employees worldwide) to prevent serious infringements of human rights and fundamental freedoms and of the health and safety of persons and the environment, related to their own operations or those of their subsidiaries and suppliers. Since the first proceeding brought in 2019, these have multiplied. Today, twenty-three proceedings (17 formal notices and 6 summonses) were conducted on the basis of this law, twice as many as in March 2021.

“This is a considerable increase,” says Pierrick Le Goff and Alexandra Nowak. “And there are no signs of this trend towards litigation abating, which means it will likely increase.”

Due diligence has also been introduced in Germany, the Netherlands and Norway. The scope is sometimes broader than in France, since it will concern companies with more than 1,000 employees in Germany starting in 2024. In Norway, it will concern companies meeting at least 2 or more of the following criteria: upwards of 50 employees, over €7 million in turnover, a balance sheet of more than €3.5 million.

In addition, a draft European directive, the CSDDD, plans to extend this due diligence to all European companies employing more than 500 people and achieving a net annual turnover of more than €150 million. Small enterprises in high-risk sectors, such as textiles, agriculture, and mining, would also be concerned. On the other hand, the text adopted by the European Council on 1 December 2022 excludes certain financial activities, such as investment activities.

“This directive has to be implemented,” says EuropeanIssuers Chairman Luc Vansteenkiste. “Because simply having the EFRAG sustainability standards (see below) is not sufficient. Those standards must be included in a monitoring system aimed at concretely protecting the environment, social rights, and good governance. Companies are very motivated by the project. On the other hand, it’s a mistake for NGOs and Europe to leave it up to the banks, which represent 60% of financing in Europe (vs. 30% in the United States), to shoulder the responsibility for due diligence. Banks cannot judge the climate impact of projects that companies submit to them for financing. Such issues are far too technical for them. It is in fact a collective responsibility, which should rest with governments, scientists, and engineers, and that also depends, as we now see, on unforeseen geopolitical events.”

HUMAN RIGHTS: COMPLIANCE WITH THE OECD GUIDELINES
Another major symbol, the OECD guidelines applicable, among other things, to the protection of the environment and human rights , regularly give rise to tensions. Since 2018, the National Contact Points (NCPs) guaranteeing the compliance of multinationals with these guidelines have received more than thirty referrals every year (32 in 2021, 39 in 2020, 31 in 2019, and 47 in 2018).

“In 2021, the reason invoked for these referrals, more than 80% of the time, was human rights violations (vs 74% in 2020 and 61% in 2019)”, explain Pierrick Le Goff and Alexandra Nowak. “They have largely concerned the mining sector so far (a third of referrals). Since 2021, the information and communication sector has also begun to be targeted by NGOs concerned with respect for the protection of personal data.”

CSR: SOFT LAW GAINING SWAY
The war in Ukraine has seen initiatives that go beyond merely the regulatory framework. Many companies have decided to leave Russia or reduce their activities there, even though the penalty systems do not formally prohibit them from remaining in Russia. These choices have often been guided by CSR and reputational issues.

“It’s a paradigm shift,” say Pierrick Le Goff and Alexandra Nowak. “The virtuous “name and fame” system is taking precedence over “name and shame”. In an area that traditionally relies on hard law (international economic sanctions against certain countries), soft law is suddenly taking an increasingly dominant position. The phenomenon is the reverse of the one we observe for due diligence: hard to soft law rather than soft to hard law.”

PROFITABILITY INDICATORS FOR COMPANIES FOR 2024
Meanwhile, Europe has been accelerating the transition with increasingly strong regulations around all of these CSR issues. The European Union was a forerunner with the NFRD (Non-Financial Reporting Directive), which in 2017 concerned 10,000 listed European companies with more than 500 employees. Then two new regulations were added, aimed at developing sustainable finance: the Sustainable Finance Disclosure Regulation (SFDR) for the financial services sector in 2019, and the Taxonomy Regulation in 2020. The latter is a classification of economic activities that have a favourable impact on the environment, the objective of which is to direct investment towards “green” activities.

The Council of the European Union gave its final approval to the Corporate Sustainability Reporting Directive (CSRD) after its adoption by the European Parliament on 10 November 2022. This directive amends the NFRD and will concern 5 times as many companies (55,000), which includes all of the major listed and unlisted companies that meet two or more of these criteria: upwards of 250 employees, a minimum of €40 million in turnover, a balance sheet of more than €20 million. It will gradually come into force starting in 2024.

The European Financial Reporting Advisory Group (EFRAG) has been mandated by the European Commission to develop European environmental, social, and governance disclosure standards, and in mid-November delivered draft European standards for implementation by the CSRD. These indicators are established according to the concept of double materiality: the materiality of impact, which measures the company’s environmental and human impact; and financial materiality, which measures the company’s environmental risks and opportunities (including the human dimension) from a financial point of view.

Companies have called for an alignment between the EU and the International Sustainability Standards Board (ISSB), which develops international sustainability disclosure standards, to avoid the double reporting that would increase compliance costs. While the ISSB only produces indicators for financial materiality, the organisation has chosen, like the EFRAG, to take into account not only the direct emissions of companies related to the use of their own energy and installations (scopes 1 and 2), but also indirect emissions from their entire value chain (scope 3, including the company’s suppliers).

“REINVENTING ACCOUNTING”
“Financial information only provides part of what’s needed to understand a company”, says Patrick de Cambourg, Chair of the EFRAG Sustainability Reporting Board. “It’s essential to go beyond it. With these sustainability indicators, we are creating the 2nd leg of standardised company information. The 1st leg, accounting and financial reporting, is already pretty robust and structured. The second is in the very early stages, but it portends an extraordinary opportunity for at least 3 reasons: First, by looking into a company’s sustainability factors, we can manage it much better. Then, with a goal of sustainability, the company creates a much better relationship with its stakeholders. And finally, it is necessary to attract capital to finance the essential transitions before us. And I tend to think that capital will go to the virtuous companies in the medium and long term.”

“We are on the verge of reinventing accounting,” says ISSB Chair Emmanuel Faber. “Currently, we count a lot of things that count, but we don’t count everything that counts: human capital data, social data, climate data, live data… When human energy and human talent are only considered as costs, we completely miss the reality of a company. Just as today companies send out profit warnings, in 2030, they will send climate warnings. This will result in immediate positive or negative sanctions on the markets, as the cost of capital will adjust to physical risk and climate transition, just as banks are beginning to do. That’s why I believe that the global financial markets are, particularly as regards climate, essential allies for local public policies.”

“Large companies have been working on sustainability since 2010” says EuropeanIssuers Chairman Luc Vansteenkiste. “They have already matured a lot with regard to this. This is not so much the case for other smaller companies. Most of the 55,000 companies covered by the CSRD are not listed on the stock exchange. They are small companies and unprepared for this development and sustainability reporting. The benefits of these indicators are indisputable, but the costs for companies (audit, data collection, etc.) are underestimated. Europe is ahead of the game in taking climate change into account. This is an opportunity for companies that are innovative, that are inventing the low-carbon economy of tomorrow, and that have financing opportunities. But any transition takes time and requires innovation. In this context, Europe should be more concerned today about stimulating and financing innovation.”

“Due diligence, new sustainability indicators… these regulations are profoundly redesigning the business world, companies, and their value”, say Louis de Gaulle and Henri-Nicolas Fleurance, respectively Chairman and CEO of De Gaulle Fleurance. “They will lead European companies to review their business model. This is a change they have to prepare for today if they want to transform it into an opportunity and competitive advantage.” 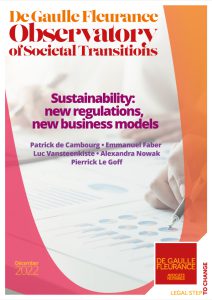 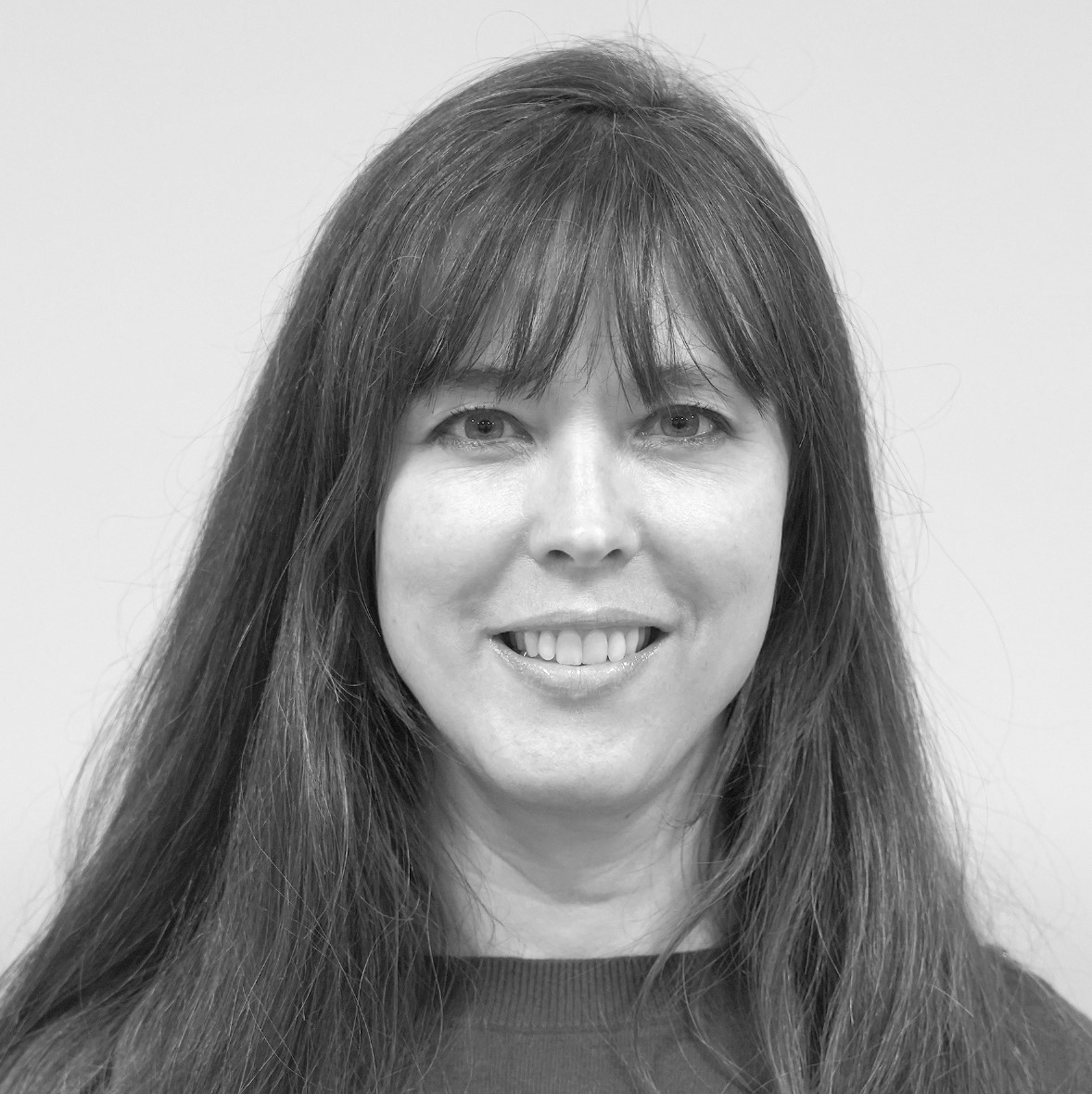 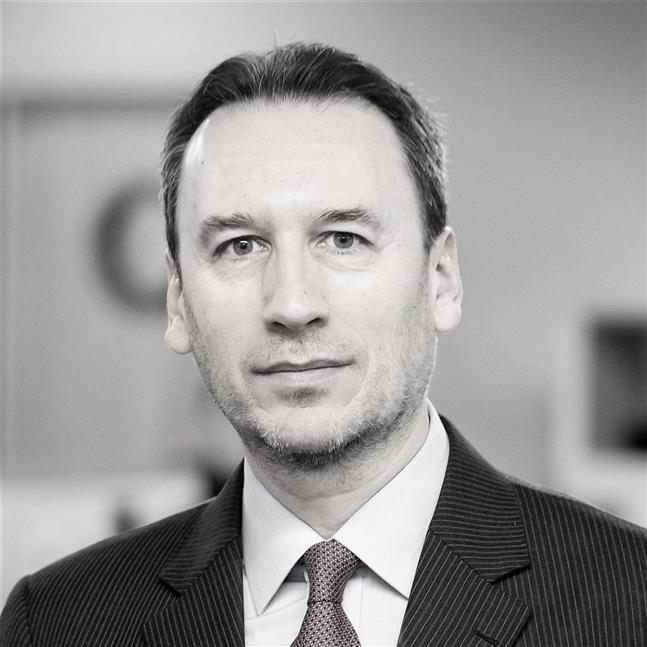