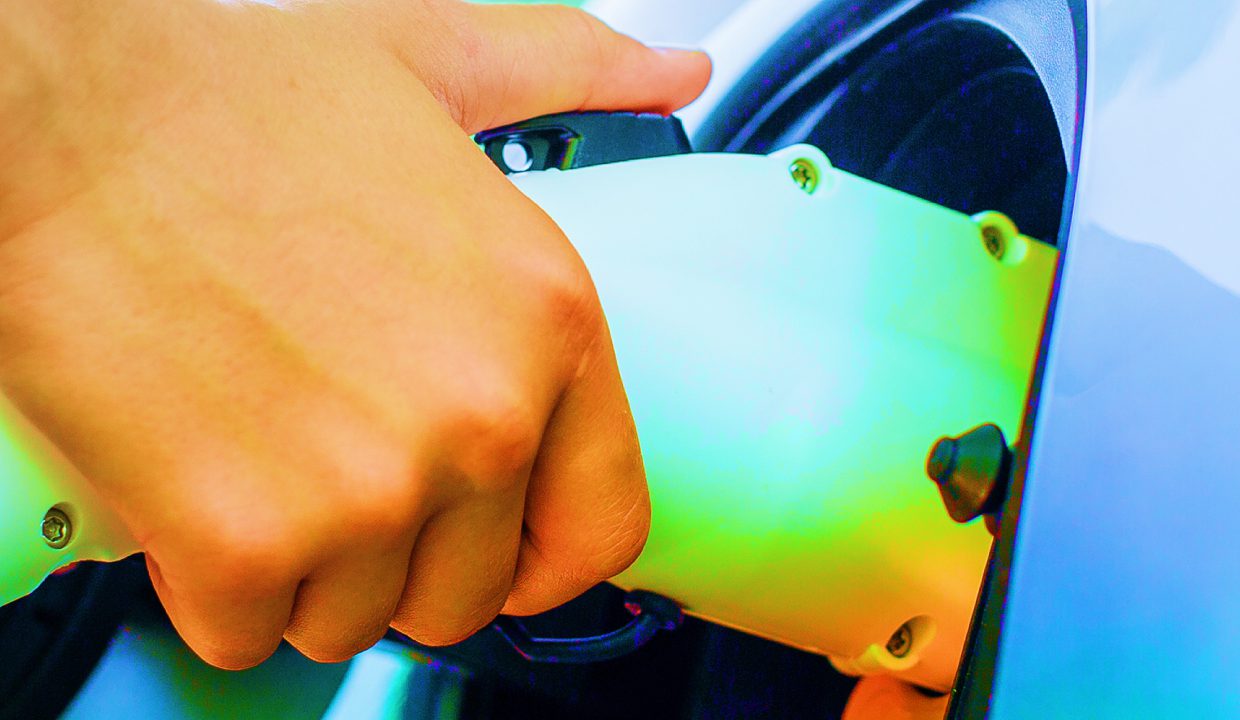 According to Avere-France’s indicators, the development of electric mobility has accelerated and now gone global. In 2021, electric vehicles accounted for 12% of the automotive market share (vs. less than 1% in 2013), with 6 million vehicles sold (up 100% on 2020). These include battery-powered electric, fuel cell and plug-in hybrids vehicles which, in addition to a combustion engine, have a battery that can be charged outside the combustion engine and thus allow to travel without using fuel.

Europe (1.2 million electric cars sold in 2021), the United States (1.4 million) and China (3.1 million) are leading the market. “While the matter of investing in electric mobility was still up for debate five years ago, this is no longer the case”, observes Antoine Herteman, Chair of Avere-France.

“Germany’s approach to electric mobility is characterized by the collaboration between public authorities and the industry, as well as a combination of financial and non-financial incentives”, states Christian A. Mayer, Partner at Noerr.

During the first quarter of 2022, 24.4% of all newly registered vehicles were electric. Electric vehicle sales increased by 11% between Q1 2021 and Q1 2022, accompanied by a 54% increase in the number of publicly-accessible charging stations (more than 45,000 stations).

Like in France, the purchase of electric, plug-in hybrid and fuel cell vehicles are subsidized through an environmental incentive. Assistance for the development of charging infrastructure is not limited to the public sector and extends to the private sector for the installation of charging stations for private use.

However, Germany seems to take it one step further than France in terms of non-financial incentives, aiming to promote the use of electric vehicles with dedicated parking spaces and the right to use the bus lane. A greening of public procurement fleets is also encouraged. The goal is to have 20% of all state-owned vehicles be electric.

“The Kingdom of Saudi Arabia has the potential and the drive to develop its Electric Mobility market. The market is promising, and the current initiatives indicate a prosperous future”, note Yara Alsaiedi, Senior Partner, and Huda Abudagga, Legal Advisor at AlMaghthawi & Partners.

The Kingdom of Saudi Arabia is actively looking into the development of electric vehicles in its territory. In 2018, the Saudi Standards, Metrology and Quality Organization (SASO) started to regulate electric vehicles and allow their importation for personal use. However, they are currently working to define the technical requirements that will allow comply with all models of vehicles, charging ports, and related accessories.

In terms of infrastructure, the Saudi Electric Company, a state-run electricity production and distribution company, has signed an agreement with Japanese manufacturers in order to install fast-charging stations. In addition, NEOM, a project for a smart zero-carbon city, currently underway in Saudi Arabia, will use the latest technology and only allow electric vehicles to operate.

“China is in a position to become a world leader in electric mobility thanks to proactive regulations and sustained government investment”, explains Carmen Bakas, Of Counsel at DaWo Law Firm Shanghai. As early as 2009, China begun promoting electric mobility by creating subsidies for electric mobility purchases in 25 pilot cities, paired with a policy restricting the purchase of gasoline vehicles. At the time, the goal was to reach a total production and sales capacity of over 5 million units by 2020. And the results were met: in late 2021, the number of electric vehicles in the country reached 6.4 million.

Regulations facilitate the installation of charging stations in public buildings and public parking lots. Thus, China requires that 10% of parking spaces in public parking lots be fitted with chargers. Other incentives also exist, more diverse than those in France. For example, individuals are not required to request a permit to install a charging infrastructure.

Although China has ended their generous incentive policy for car manufacturers, which became too costly, it now imposes an annual 10% electric vehicle sale quota on manufacturers and has shifted its financial assistance towards consumers (free license plates, tax returns, etc.).

This acceleration has been backed by lawmakers. The Energy Policy Act has set 2040 as the end date for the sale of conventional internal combustion vehicles. As such, the State is under the obligation to acquire or use at least 50% of low- and very low-emission vehicles by the end of December 2026. Companies that manage a fleet of more than 100 vehicles are also concerned by this measure, with a 10% target as of January 2022 and 20% as of January 2024.

The purchase of electric vehicles is also encouraged via subsidies such as the environmental incentive without revenue restrictions, allowing to help purchase or rent a new vehicle powered by low-carbon energies. In addition to this incentive, there is a trade-in incentive and an electric retrofit incentive, which allow to exchange a polluting vehicle for a more sustainable one, either through purchase or by swapping the engine.

According to Avere-France, the number of publicly-accessible charging points has also surged to nearly 54,000 in 2021, up 64% in a single year. Currently, more than 50% of service areas on highways have been equipped with charging points. It should also be noted that home and office charging (more than 800,000 throughout the regions) are also vital, as 90% of electric and plug-in hybrid vehicle drivers charge at these two locations.

Here too, lawmakers facilitated this roll-out. The law therefore requires that charging stations also be installed in certain office and public building parking lots, as well as in parking lots with more than ten spaces, located in new residential buildings or next to them. Moreover, in apartment buildings, the right to an electrical socket has been legally implemented, allowing all building residents to request to have a charging station installed on their parking space. Finally, some territories benefit from a 75% subsidy on the cost of connecting publicly-accessible charging installations until the end of 2025.

“Although electric mobility is progressively breaking through in India, the market dynamic is strong and numerous start-ups have appeared, creating competition for the major automotive players”, note Dibyanshu (Partner), Prateek Bhandari (Counsel), and Sathyajith Nair (Senior Associate) of the law firm Khaitan & Co.

The Ministry of Power has limited, until March 2025, the price of electricity at publicly-accessible charging stations. It also plans to provide public land for the installation of charging stations (only 1,700 in India to date). As per the Model Building Bye Laws of Government of India, 20% of parking spaces in residential and commercial buildings are to be dedicated for changing installations.

With research and development driving the market, India has 380 electric vehicle manufacturers as of July 2021. Currently, there are nearly 1.2 million registered electric vehicles, compared to just over 500,000 in July 2020. However, only 1.2 % of vehicles sold in 2021-2022 were electric. Although the electric mobility sector is only starting to take off, experts predict a 90% year-to-year growth throughout the decade.

“Poland has taken up a proactive approach to electric mobility, but there is still a long way to go”, point out Maciej Szambelańczyk and Agata Fabiańczuk, Partners at WKB Lawyers. Since the introduction of the Act on Electromobility and Alternative fuels of January 11, 2018, the Polish electric mobility market has steadily grown. In order to ensure an increase in the number of publicly-accessible charging stations, several obligations were imposed on municipalities and distribution network operators. As such, all municipalities of more than 100,000 residents are required to install at least 60 publicly-accessible charging stations.

To facilitate the development of the charging infrastructure, Polish lawmakers have eliminated certain constraints. For example, no building permit is required for the construction of charging stations and points.

Since January 1, 2022, public administration bodies and local governmental units must have at least 10% electric vehicles in their fleet. Moreover, electric vehicles benefit from numerous advantages which facilitate city mobility, such as free street parking. And the “My EV” (Mój elektryk) program helps support the purchase or rental of zero-carbon vehicles via subsidies.

“The implementation of a legal framework to favor the development of electric mobility in Turkey should accelerate the investments in this sector and strengthen the trust of international operators who wish to step into the Turkish market”, explains Ata Torun, Lawyer at Hansu Law Firm.

Initial electric mobility targets have been set in Turkey, in particular as part of the Minister of Energy and Natural Resources’ 2019-2023 strategic plan. Following the adoption of the Paris Agreement on its territory, on October 7 2021, Turkey enacted various laws to establish a sound legal framework for electric mobility. Although not as strict, these laws set the standards and requirements for authorizing charging stations and installing charging points in parking lots.

Turkey has not introduced any specific incentive program for the purchase of electric vehicles, which is one of the major differences with the measures adopted in France and other countries. On the other hand, a regulation implemented in March, 2022, provides “non-refundable” subsidies of up to 75% of the respective project costs (within the limit of 20 million TRY), to support investments for the installation of fast-charging stations. Private investors are leading the initiative. Tesla has begun expanding in Turkey, with the intent to install a supercharger infrastructure throughout the country.

“As of 2035, the European Union will no longer have cars and vans that produce greenhouse gases on the market, which means the end of gasoline and diesel vehicles”, point out Sylvie Perrin, Laura Ploy, Alexandra Nowak and Anaëlle Degremont, respectively Partner, Lawyers and Law Intern at De Gaulle Fleurance & Associés.

The European Union’s strategy for sustainable mobility emerged in the early 2000s so as to shift towards carbon-free transport and reduce environmental impacts. In 2010, the European Commission issued a strategy for clean and energy-efficient vehicles. The (EU) 2019/631 regulation of April 17, 2019, aims to accelerate the transition of the entire transport sector to zero emissions by 2050.

Additionally, the European Commission supports the implementation of the “polluter-payer” and “user-payer” principles for all forms of transport. On July 14, 2021, it presented the “Fit for 55” legislative package which aims to achieve climate neutrality by 2050 (under negotiation), and includes a set of proposals to accelerate the reduction of greenhouse gas emissions.

“The war in Ukraine and the resulting surge in energy prices has highlighted the need to accelerate the environmental transition”, observes Louis de Gaulle, CEO of De Gaulle Fleurance & Associés. “As the transport sector is the leading cause of greenhouse gas emissions, accounting for 30% of CO2 emissions, this year we have chosen to focus our attention on electric mobility. The sector’s exponential growth reflects the strong market trend that calls into action the stakeholders that we back on a daily basis (industrial players, battery manufacturers, renewable energy producers, investors, local authorities, etc.). ”

Get the full observatory here