Ownership rights in data issue in the spotlight 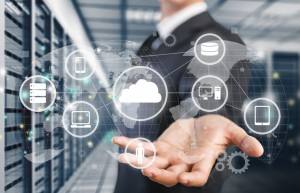 In a previous article, we presented the European Commission’s communication on “Building a European Data Economy” (dated January 10, 2017) and the public consultation launched on this initiative[1]. The Commission hence strongly reiterated its willingness to take action to enhance cross-border data flows. The main challenge faced by the EU is thus to foster innovation while preserving its core values. The objective is also to establish the principle of free movement of data (as part of the EU’s fundamental freedoms). The issue is currently at the top of the agenda since Estonia took over (in July 2017) the presidency of the Council of the EU and following the nomination of the new EU’s digital Commissioner: Mariya Gabriel (who was previously a Bulgarian MEP from the EPP group). Both the EU institution and the Commissioner consider the free movement of data as being a priority for Europe. In this context, a conference organized in Tallinn, on July 17, was an opportunity for the Estonian presidency to announce its intention to undertake efforts towards the achievement of the digital single market strategy and to insist on this issue. The European Commission shall present its proposals by this autumn (it will present another initiative in spring concerning “public data” access). A draft Regulation leaked by Politico this week seems to confirm this calendar. For the moment, this draft essentially provides for the prohibition of unjustified national restrictions on data location and seeks to guaranty and enhance data portability. Yet, there is no provision addressing directly the issue of data property. Being probably the most complicated and complex of all, it is still a key point in current discussions. While data is considered as the gold or oil of the 21st Century, being unlimited as such, fantasies and concerns shall not overrun prudency and rationality when choosing an appropriate approach. More than everywhere else, the law-maker shall be flexible and, above all, credible. The issue of recognition of property for data provokes opposite opinions. If some people consider that this would be an incentive to share the data or, more simply, a reward for rightholders; others strongly reject such an idea and prefer alternatives to reach the same goal (i.e. to gain added-value from large-scale data sets). In this respect, it should be pointed out first of all, that data is not recognized as being subject to appropriation. There is no commonly accepted legal status for data in Europe (or in French law). Legally, data collection does not imply any property right ab initio: the data is information which is, by principle, free. It is by the way the rational of intellectual property law, enabling creativity and artistic diversity. Strictly speaking, the law just allows some strategies leading to appropriation of data by means specific regimes (e.g., trade secrets, privacy rights, etc.). The data, which is the main trigger of attention today, is considered by many authors to be too diverse in its nature and origin to be the subject of a single regime that would in fact be counterproductive. On this point, it should be emphasized that the term "data" covers personal, public and commercial data. These three main categories can overlap and further complicate current issues. This is, by the way, the position of the “French National Digital Council” (Conseil national du numérique – CNNum), referred to several times and most recently in a press release of July, 17 2017 where the Council reaffirms its position on the question of the free movement of data in Europe[2]. Similarly, the Brussels-based think-tank “Lisbon Council” published an important contribution on July, 13 2017, where it underlines a list of problems that would result from an official recognition of data ownership.[3] An enforceable right to portability is thus particularly preferred to avoid any abuse. The Commission's final roadmap is therefore widely expected and should be followed, even anticipated. The draft leaked this week by Politico calls for potential future changes. Any intervention of European authorities should ensure that existing schemes are not undermined and that they can still operate. They should not inhibit innovation but create more legal security for companies (in particular with regard to the application of the GDPR by 2018), and confidence for individuals. This requires more transparency, security, common standards and clarity to rely on existing legal frameworks.
Jean-Sébastien Mariez, Senior Counsel
Nina Gosse, Junior Counsel

Our law firm can help you take care of the legal side of these issues so you can focus on what matters to you: innovation and competitiveness! contact@dgfla.com