Jean-Louis Valentin is joining De Gaulle Fleurance & Associés as Of Counsel. His dual experience as a sports federations senior executive and as a local elected official strengthens the law firm’s skills in the service of public and private actors, particularly on sports law and public law issues. 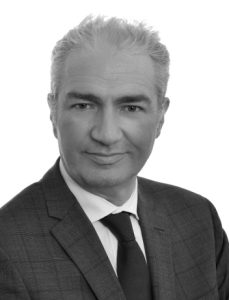 Graduate of the Institut d’Etudes Politiques de Paris (Sciences Po) and holder of a master’s degree in public law, former student of the Ecole Nationale d’Administration (ENA – Jean Monnet class), he began his career as a senior civil servant in the prefectoral corps, before joining the office of the Minister of the Interior Jean-Louis Debré. After being a close associate of Philippe Seguin at the Paris Council, he was appointed in 2002 as Chief of Staff of Jean-Louis Debré, President of the National Assembly. He then joined the French Football Federation (FFF), where he held the position of Deputy General Manager (2005-2010) before being appointed General Secretary for Sport of the International Motor Federation (FIA) from 2014 to 2017, when he was elected President of the Cotentin Urban Community (Manche). In addition, Jean-Louis Valentin was a member of the College of the French regulatory authority for online games (ARJEL) from 2011 to 2013.

As he prepares to become a lawyer, Jean-Louis Valentin explains his project: “By joining De Gaulle Fleurance & Associés, I would like to bring my experience on the many issues related to the development of the sports sector, whether it is legal support for major events or the daily life of the sector’s stakeholders. It will also be an opportunity for me to work, in cooperation with the firm’s teams, on public law issues. My experience in these two areas is fully in line with the law firm’s approach to ensuring a full service offer for the benefit of its clients and I am delighted to be a part of it, in complementarity with the many talents already working there”.